Once More Unto the Crater

We didn’t get on the road quite as early as planned. I had a pretty hard week and needed a little more sleep than four or five hours. After all it is a nine hour drive to the crater from our house. Actually, 521 miles to Meteor Crater from our home. It is a trip that I have made many times, but this was Sara’s first visit. She has been pretty patient over the years with all my trips to the desert and mountains. I was very surprised when she first inquired about going to the crater. So at 4:22 in the morning we started down the road. There was a lot of fog, but that cleared after we got a little farther inland. Seemed like there was road construction all the way there.

One o’clock in the afternoon found us pulling into the gas station at Meteor Crater RV Park. We had reservations and I signed in, but we headed up to the crater right away. There would be plenty of time to pick a spot in the park later. I expected that Friday afternoon they would not fill up before we returned. I paid our admission at the crater and we headed in. I took Sara through the store and up the steps. We passed the Holsinger fragment and I told her the short version of its discovery and how it lived in the old museum building during Barringer’s time. We exited the side door of the museum to go outside to the crater rim. The Apollo test capsule is no longer on the side of the building but out front in the little astronaut park. You can see on the concrete pad though a circle from its former presence. We turned the corner of the building for Sara’s first view. I was sure hoping that she would not be disappointed. She was genuinely excited to see it. We took some pictures there next to the building, then went down to the platform. She looked through all the telescopes. My memory is that they used to be sight tubes, anyway they are telescopes now. I looked through a couple then said “I going to stand over here.” Retreating to terra semi firma for a moment. I did venture out again soon for a longer stay. I showed her where Paul and I had climbed out after our day on the floor. She was impressed at the steepness of the wall. She wanted to see the trail that we had used to go down into the crater. She took pictures of that. The little pieces of the plane happened to be shinning brighter in the sun than I have ever seen them.

We walked down to the lower observation deck and looked at the commemorative plaques. That’s when something a little strange happened. I had never really read them carefully myself. As I stood there with Sara; one had a name that was very interesting. Sarah Barringer Hart. My wife’s maiden name is Hart. So that woman’s name is of course the same as my wife‘s. 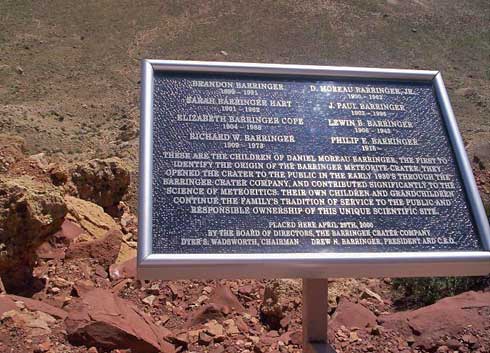 We went to the museum which is nice. Up until a couple years ago they had a lot of displays focused on the history of Barringer’s work and I enjoyed that well enough. The museum now is more directed at meteorites and impacts. Very enjoyable. There is an impact simulator. You input the size, velocity, composition, and angle of impactor. It shows you the result and the size of the crater formed. Sara caused a major regional destroyer with her numbers. There is a microscope camera system that lets the user examine some of the shocked rocks from the crater. You see it all on the monitor as you move the pieces around. I had seen the movie in the theater before but we needed to see it again of course.

They were only doing three rim hikes a day and 2:15 the last one was soon to leave. We decided to go for it and not wait till the next day. If the winds or weather were bad they might be cancelled. I really wanted her to get some Meteor Crater dirt on her shoes too. We hiked out onto the north rim and listened to the guide’s talk. It changes every time I visit and it had a lot more about the actual mechanics of impacts and the types of impactors than previous monologues. Sara got a great view down onto the trail we used to go to the bottom. She took a lot of great pictures on the trip. 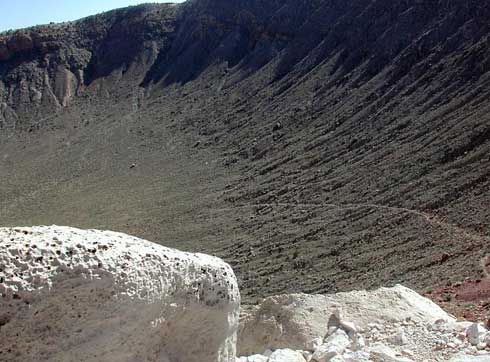 I was impressed with her digital camera and how well it worked for her. The colors are more vivid than mine takes. Technology just keeps getting better and better. In four years, 25% of the price gets you a better chip and a lot smaller and lighter camera. Hers does not do extreme close ups like I need for shooting specimens, but the color is richer for regular shots.

We headed back to the RV Park to get settled in. Found a nice location away from most everyone else and yet near most of the facilities. I put up the curtains and set up the table and chairs outside. The weather was wonderful. Only wispy high clouds here and there. Would be a great night. The night temperatures had been dipping into the 30’s so we came prepared to stay warm. We tried to watch some TV but the program choices were quite poor. We did a little star gazing though.

After breakfast on Saturday we headed up toward the crater again. Just as we were about to leave I got a call on my cell. Guess who? It was Paul checking to see if we were having a great enough time at the crater. I filled him in on the trip so far. I took Sara down the dirt road past the crater to get some pictures from the south and west. We stopped and read the no trespassing signs. 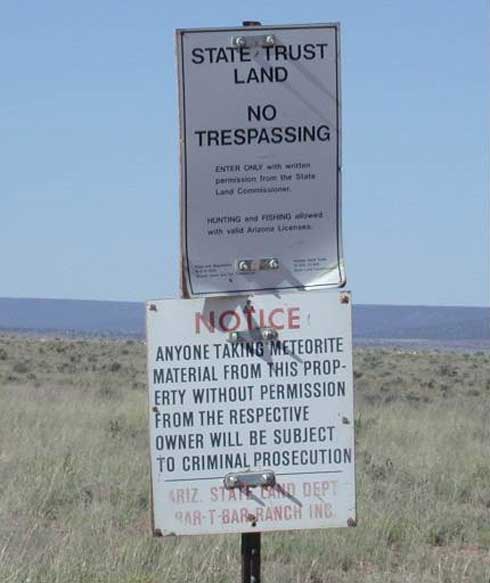 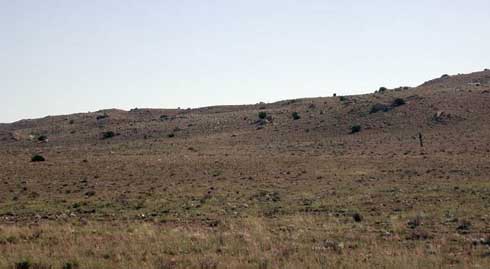 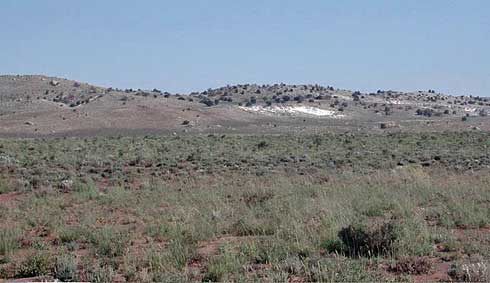 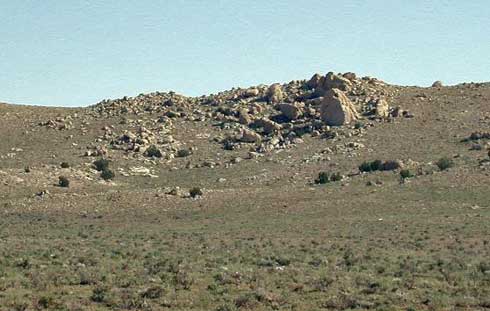 Early morning is always a nice time at the crater. It is not very hot yet and the crowd is still small. There was a group heading around the rim. They were college students in astrophysics. They passed us at the telescope on the top of the rim. I got a little nostalgic remembering the times I have been allowed to go beyond the trail head warning sign. I really think that I could hike that trail for several weeks everyday and still not be bored.

It had gotten cold over night . When I first got up I tried taking some video around the RV Park and the camera would not run. The battery was showing on the screen as nearly dead. But, it had been charged fully two days before. I plugged it in to recharge and in only about ten minutes the charger stopped blinking and indicated a full charge. I guess I had warmed up the battery a lot by running some juice into it. Up at the top of the rim by the telescope is a great place to take video of the crater and the surrounding area.

We had made a pretty fast trip through the museum the day before, in order to get on the hike. We walked through a little slower on Saturday. But, eventually it was time to face the gift shop. Time to get some souvenirs. There were a couple of books about the crater that I did not have so I got those. Sara found a mug and some other things. She was interested in an astronaut who was on a shuttle mission so we needed to find him on the wall of honor they have in the Astronaut Park. She got a nice picture of his name and mission number.

With a few parting shots of the crater from the road on our way out that was the end of the visit. But, it was not the end of our meteorite vacation. I turned right at the RV park instead of left and drove down Route 66 to the ruin of Nininger’s museum. We walked around there a little and I got a couple more pictures. The sun was just right for the ripple-marked sandstone of the tower to show up great. There was also a bird’s nest in partly hanging out of the opening of the tower. There did not seem to be any more deterioration of the building since I was last there. Considering some of the things that are landmarks in this country, I think the ruin could be one too. 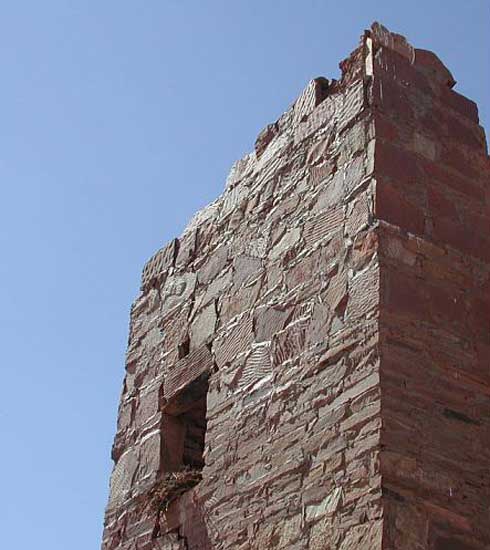 There really isn’t much to do at the RV Park. Oh you can sit in the lounge and watch TV but not much else. The quiet was great and the time to just do nothing was wonderful, but by early afternoon we were ready to take a little trip and do something. We headed down I-40 to Winslow. We walked around downtown and checked out the curio shops and antique stores. Got some dinner, then we headed back toward the RV Park.

On the way to Winslow we had stopped at Meteor City a little curio type shop. Nice store, big lazy black dog lying by the door, and incense wafting in the air. However, it is not the place to buy meteorites. Some Nantans were in the display case, marked at I think the highest price for rusters that I have ever seen. There was one that looked like it weighed a kilo in really bad condition for a thousand dollars.

Had some luck with TV on Saturday night, happened to be a comedy movie that we had not seen. Not a single person visited the lounge the whole time it was on.

The sun was not quite up as we headed back toward LA in the morning. Drove straight through except for a stop at Franconia. We hunted for a little while and I got to check out the area for a future trip with Paul. It was a first time to hunt meteorites for Sara. I showed her what they would look like and the color they probably would be. More great quality vacation time, more memories. She took her pictures to work and showed the physicists and astronomers all about the crater. The hard part was going back to work myself after such a great time away. 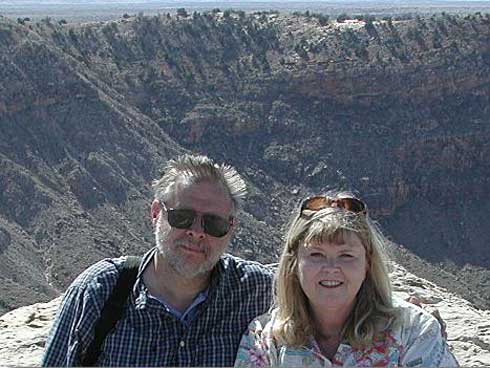