I have been following a discussion on tektites on one of the internet groups. It led me to think about my own journey of discovery about these intriguing objects.

When I was young and was beginning to collect tektites I thought it would be great if they did come from the Moon. In those days there was a lot of material in print proposing that idea. And there was not a great amount of information conclusively precluding the notion. After all, there is a similarity in appearance between tektite glass and volcanic glass on a superficial level. The Muong Nong layered glass especially could have been explained well through a volcanic origin on the airless Moon. So what happened to my dreams of having lots of pieces of the Moon in my collection. Well, we went there and brought back rocks. The chemistry of which did not allow it seemed for tektite origin being on the Moon. 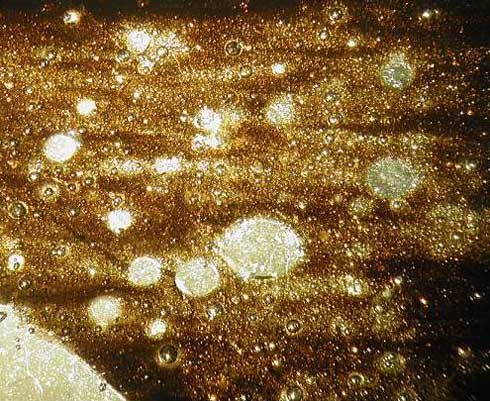 Of course there had always been the serious problem of delivering tektites to the Earth, from the Moon. I read the statements by the proponents of lunar origin and found their ideas about getting tektites to the Earth very wanting. I was never able to connect all the dots as I read the delivery scenarios. Too many assumptions and guesses in what was written. How could millions of tons of lunar glass arrive at the earth in such a short period of time that they would be found in only one area. More importantly how does all of the material ejected in a single event get swept up so efficiently by the Earth that there is no background of tektites anywhere of random distribution. Also, no individual tektites continuing to fall later, having longer in-space ages.

Tektites seemed in the 1960’s to be restricted to very well defined strewn fields. With no members being found anywhere else or of differing terrestrial ages. That was for me one of the strongest points in favor of the earthly impact origin. It remains so today, however there are reports of tektites being found outside the confines of their strewn fields.

At the end of our visits to the Moon the orange soil was found which was made of glass. There was a brief period of discussion about their similarity to micro-tektites. Looked for a moment that there still might be hope for lunar origin of tektites. But, the glass in the soil turned out to be very different glass.

Over the years there were other moments, when things were discovered that created a real problem for the impact theory. At these times the lunar origin folk would point a finger and say “see, explain that.” In some cases I read the explanations by impact origin theorist and found them as weak as the lunar theorist delivery schemes. Some of these problems for the terrestrial origin remain today unsatisfactorily explained. Yet along the way there have been some really convincing arguments in favor of the terrestrial impact origin. I was an impact origin believer long before the “europium anomaly” but it was the final nail in the coffin of lunar origin for me. It was always harder to have a discussion with Darryl Futrell after the anomaly was discovered. Tektites matched terrestrial rocks, not lunar rocks in other ways as well, but the anomaly was hard evidence finally that they formed from Earth material.

In more recent years it was the finding of microtektite horizons in deep sea core samples that bolstered the impact origin theory. Then the discovery of spherules that were not glass that contributed more convincing evidence. I had always wondered what there would be if an impactor hit rocks not capable of producing glass. Glass of course requires silica which is fine if your asteroid hits sandstone but what if it hits limestone or something else. The non-glass spherules answered the question for me. The rocks were melted and formed similar microscopic droplets.

It still seems romantic to some people to hold onto the lunar theory or to bring it up every time there is a discussion of tektites. I admit I enjoy reading what they write. But, I have moved beyond the compulsion to always jump into the discussion. In the past I would be in there fighting tooth and nail for the impact origin. Darryl and I had hours of discussions and debates. I miss that opportunity to talk to him but am too busy now to take up the fight. For me it is settled. You can never change opinion anyway through argument, only through evidence. People need to be willing to read a lot of material to get that evidence, and it needs to be recent material not hundred year old material. There was always in the past a percentage of unknown in the analysis of anything, including tektites. Now, the analysis is so complete that there is no squeeze room for the lunar theory to hide in. 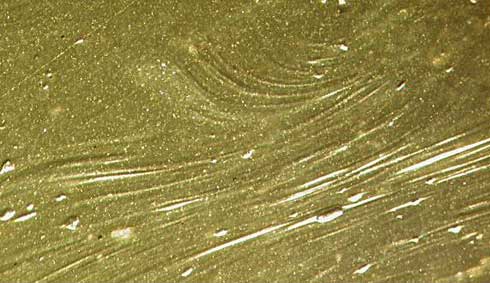 I’m not saying there are no serious problems with the impact theory. Hard questions remain to be answered. There are many things that still are not understood about the formation of tektites. We do not know for example, why so few impact events have made them and conversely why so many more impacts have not created tektite glass. There remain questions about the distribution of the strewn fields. And there are always rumors of new tektites that are being found, but are they really tektites? What size event is too small and which are too large for them to be formed? The study of these fascinating glass objects continues. I am sure that slowly more facts will be revealed. Till we know more it appears the debate will continue. I look forward to reading what people have to say.